As a grad student, Elaine designed a complex headpiece that she first modeled in paper, later to be executed in metal. She worked feverishly and, when she was finished, what she saw in front of her frightened her so much she hid it away in a closet. When she got the courage to pull it out and show her professor he loved it. And that encapsulates Elaine’s process. Her designs come through her and she is often surprised at what is in front of her when she is finished. A visiting professor saw what she was working on and, seeing the complexity of the solder joints, told Elaine that it would never work.
The creative process is essential to Elaine’s being. Early in her career, frustrated by the difficulty of supporting herself through her artwork, she took a year off from creating her art. She was miserable. There was no way around it, she was destined to be an artist. Once she accepted that fact her business began growing. When she moved to Ojai, California in May of 2001, her work began to blossom. Surrounded by open space and mountains her work also began to take on new dimensions, moving from the intricacy of jewelry to larger, more expressive pieces. Her love of sculpture began to show up in her creations. 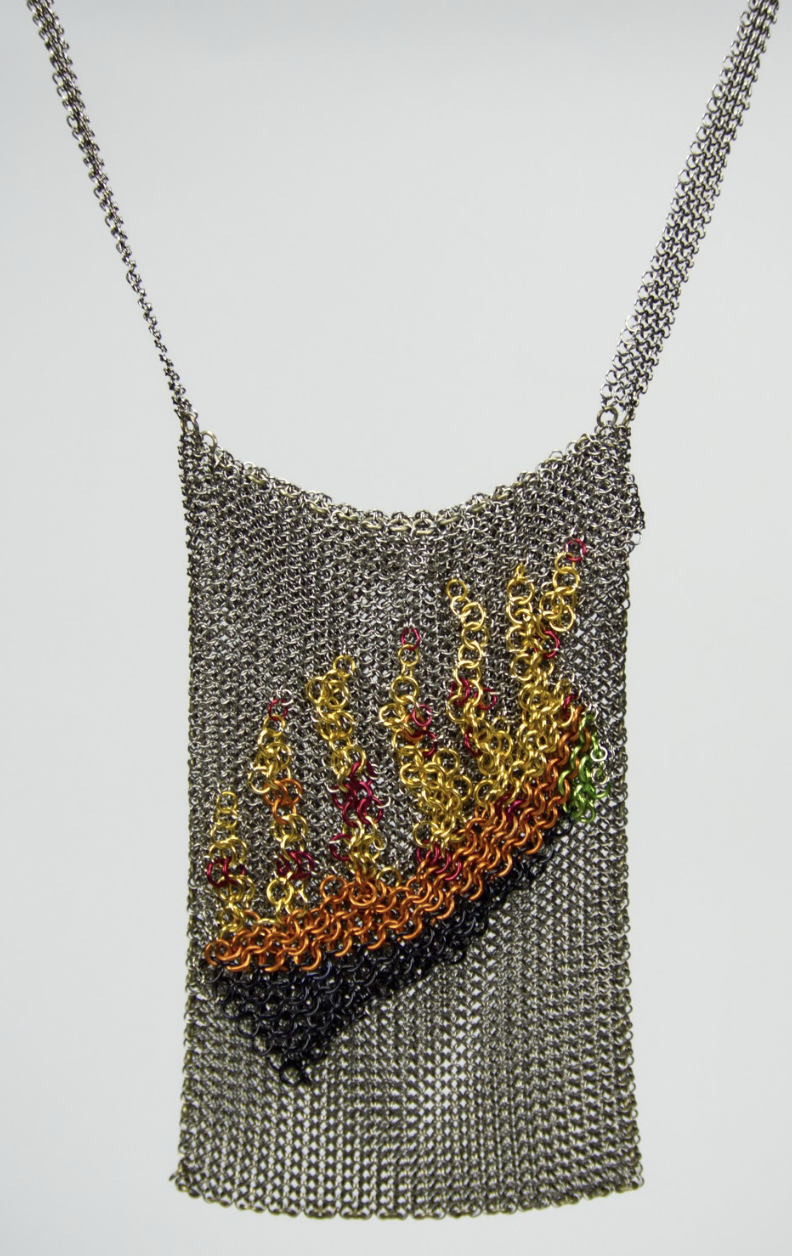 Emergence, made out of metal lace, has an applique flame stitched together from red, gold, orange, black, and green anodized aluminum rings attached to the stainless flap. I’ve never tried to create such an elaborate patterning before and let’s just say it wasn’t easy. As always, new directions lead to new discoveries and ideas. This is what keeps us artists intrigued and moving forward.